I dozed off and awoke up slowly by sharp jolts from the bumpy expressway. The passenger seat of the Muscle was slightly reclined to allow me sleep. The vast Lasgidi Mainland skyline once navy blue, dark was brightening up with dawn. My half raised eyelids saw ash and pale blue skyline dotted with passing off white clouds. It seemed like 5 mins ago we had left our sleep-over spot. My tired eyes became alert at the sight of the dark cloud.

It was large, mountainous and filled the right side of the approaching Ikorodu horizon. I had to blink, twice.  The cloud was dark grey and looked like the silhouette of a mountain peeking through a harmattan fog. As I peered at it some more it felt like I was looking at a similar mountain on a glistening expressway en-route to Ikom, Cross River State.

The Muscle sleekly sped closer to the horizon on the coiling road. With each passing bus stop we inched closer to our home. The silhouette grew in size. The road was brightening up with the clearing skyline. The sun had not shone through the ash- pale blu sky.  A few trucks, a motorcycle, some yellow Danfo buses were on the expressway. Many filling stations we passed weren’t open. It was just 6:30 am. I relaxed into the soft reclined seat and closed my eyes. Immediately a memory stamped out the darkness. I was seated upright in the less comfortable backseat of a caravan, looking ahead at a two lane expressway brightened by shining sun. Vegetation, trees, cocoa and palm plantations stretched across both sides of the road  as the caravan sped by. The chilled cup-cake fragrant wind blew into my face. I heard chatter in a language I didn’t understand, Efik or Igbo? Some Pidgin English and the low buzz of Afro-Fusion coming from my boyfriend’s Apple earphones added to the sounds of that road trip. Just as my eyesight returned to the open African literature novel and its funny characters. I blinked open my eyes. The car was off the expressway and onto Ebute road. It navigated bumps and portholes as it moved past familiar landmarks towards the Dangote refinery roundabout. Almost home. The cloud had long since drifted away like the memory of my Christmas vacation exploring cool, breathtakingly beautiful Cross River State.

This site uses Akismet to reduce spam. Learn how your comment data is processed. 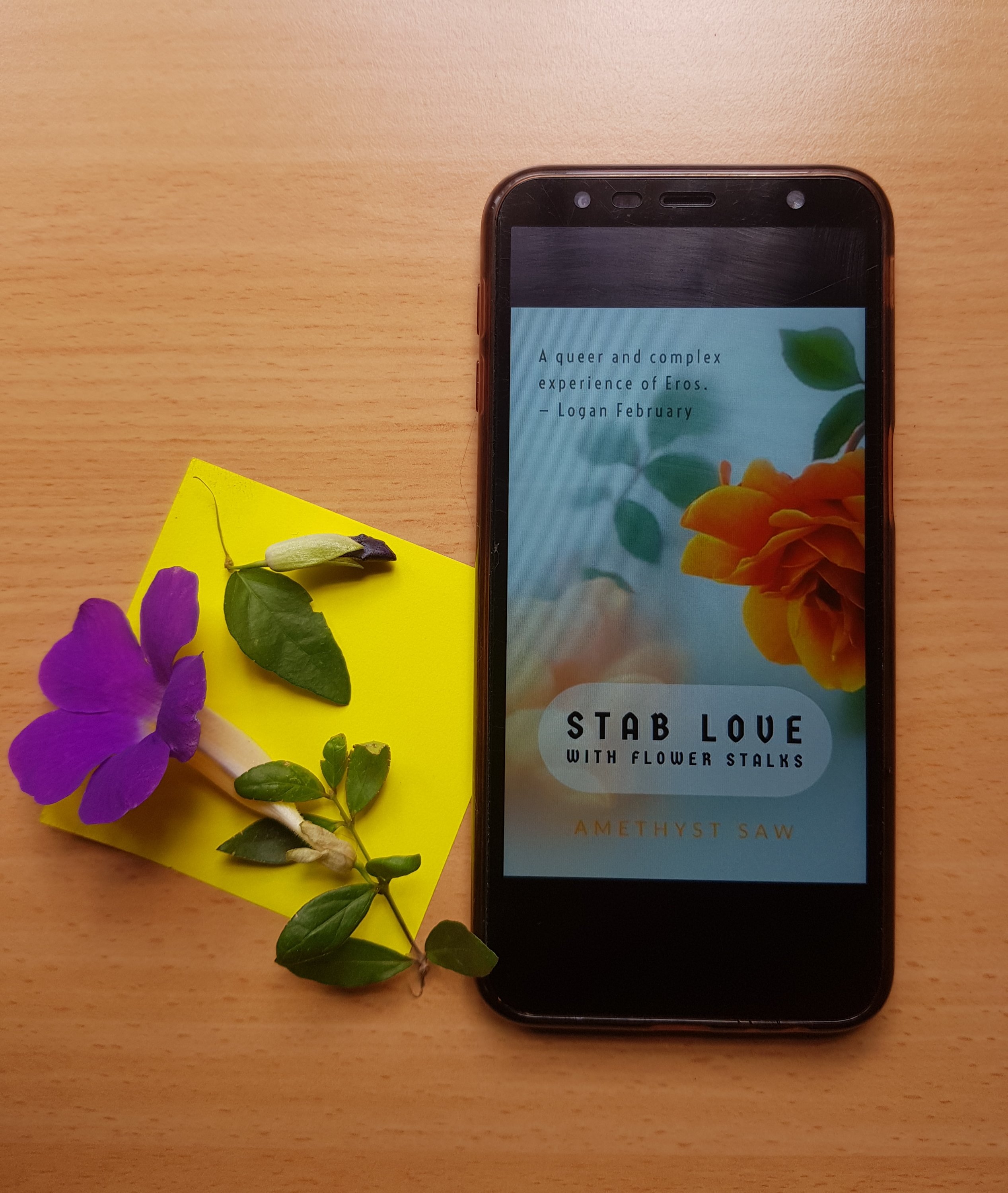 Journey through time with a Flower Goddess as she grapples with love. Be enamoured with the fluidness of her relationship with love as its vividly painted with fiery passion.

Stab Love with Flower Stalks by Amethyst Saw is a debut collection of 13 flash stories and poems, which are mostly queer romance and erotica, narrating the delicate beauty and jarring pains of falling in love.

Currently with over 290 monthly views from Nigeria, Africa, UK, USA and Asia and over 160 montly visitors on the blog.

Amethyst Saw is a pleasure spot for literary enthusiasts. Want to advertise specific links to products and websites in a widely read story, poem, review or opinion piece? Or you’d like me to proofread or edit your erotica for a small fee? Interested in sending me your book or online creative (non) fiction to review? 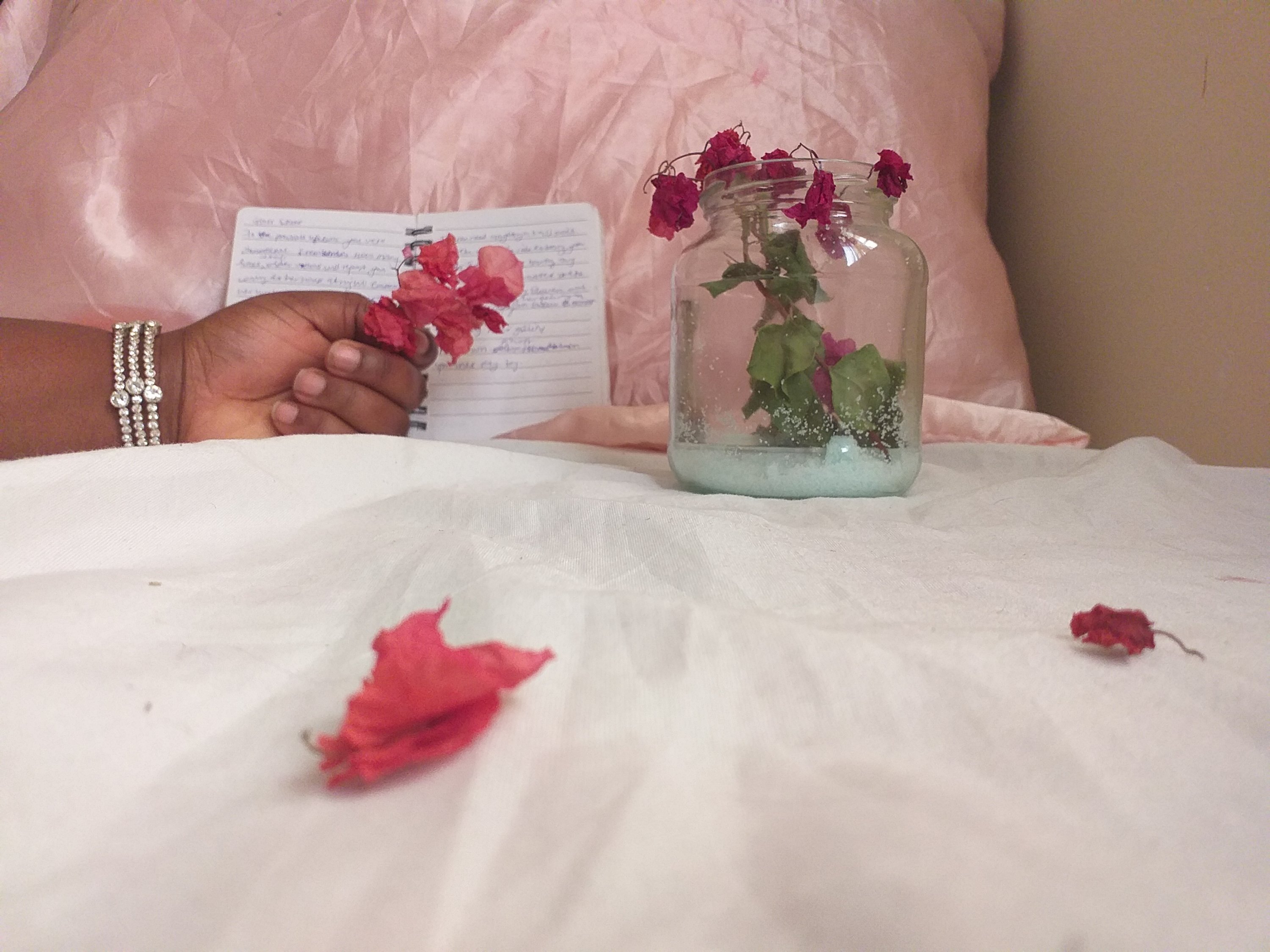 ..since my #ReadingGoals2018, I began sharing poetry that speaks to me, whispers wisdom and is thought-provoking.

“we made our feast. The oil/
golden with spices, the skillet’s/
wicked, dissolving whisper/
reminding us of every old burn./
Savor of warm flesh”.

Husband is The Loveliest Word

By Logan February (Author, In The Nude)